We’ve all been trapped in them—whether in our careers or our personal lives and beyond.

And so has Stefan Mumaw. So for HOW Design Live 2020, the longtime fan-favorite speaker decided to tackle the topic head on with his session “Fire it Back Up: Breaking Out of the Creative Rut.”

“I’ve got a few things that I can provide that I call rut-busters. They’re ideas that have worked. Now, I’m not coming to you because I’m any form of expert on creative behavior; I’m not a life coach in any way—I’ve just had all of these experiences myself because I’m really, really old,” he joked. “I’ve gone through these things. And these were the things that helped me get out of each one of them.”

As we look ahead to the virtual HOW Design Creative Freelance summit that begins on July 20, we’re revisiting the topic that is all too common in the industry today (especially for freelancers, indie designers and small agency owners), via Mumaw’s inspiring session.

Here are some of his key takeaways.

Boredom, hopelessness and despair are all common with ruts, which tend to come in three degrees of severity. Mumaw broke them down for the HOW audience—and provided some strategies for breaking each one up, and applying some creative WD-40 to get your gears running smoothly once again. 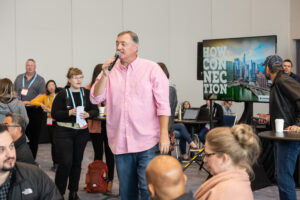 These are ruts that involve, say, using the same typeface for extended periods of time, or the same color profile over and over. They tend to be more annoyance-level ruts, and the way you break them up is to first clearly identify them. In his personal quest to eradicate his short-term ruts, Mumaw spent a month capturing and cataloguing each routine he had developed, from the daily to the weekly to the monthly—and recommends doing the same. “You’ll be shocked at the amount of routines that you’ve created in your life in order to solve everyday problems,” he said.

Once you have your list, pick an item each day and see how you can mix it up, even if it’s just as simple as taking another route to work.

“You’re going to create the routine of awareness; that awareness is going to help you identify the routines that are creating those short-term ruts and allow you to bust them easier, because you’ll see the cause and effect.” 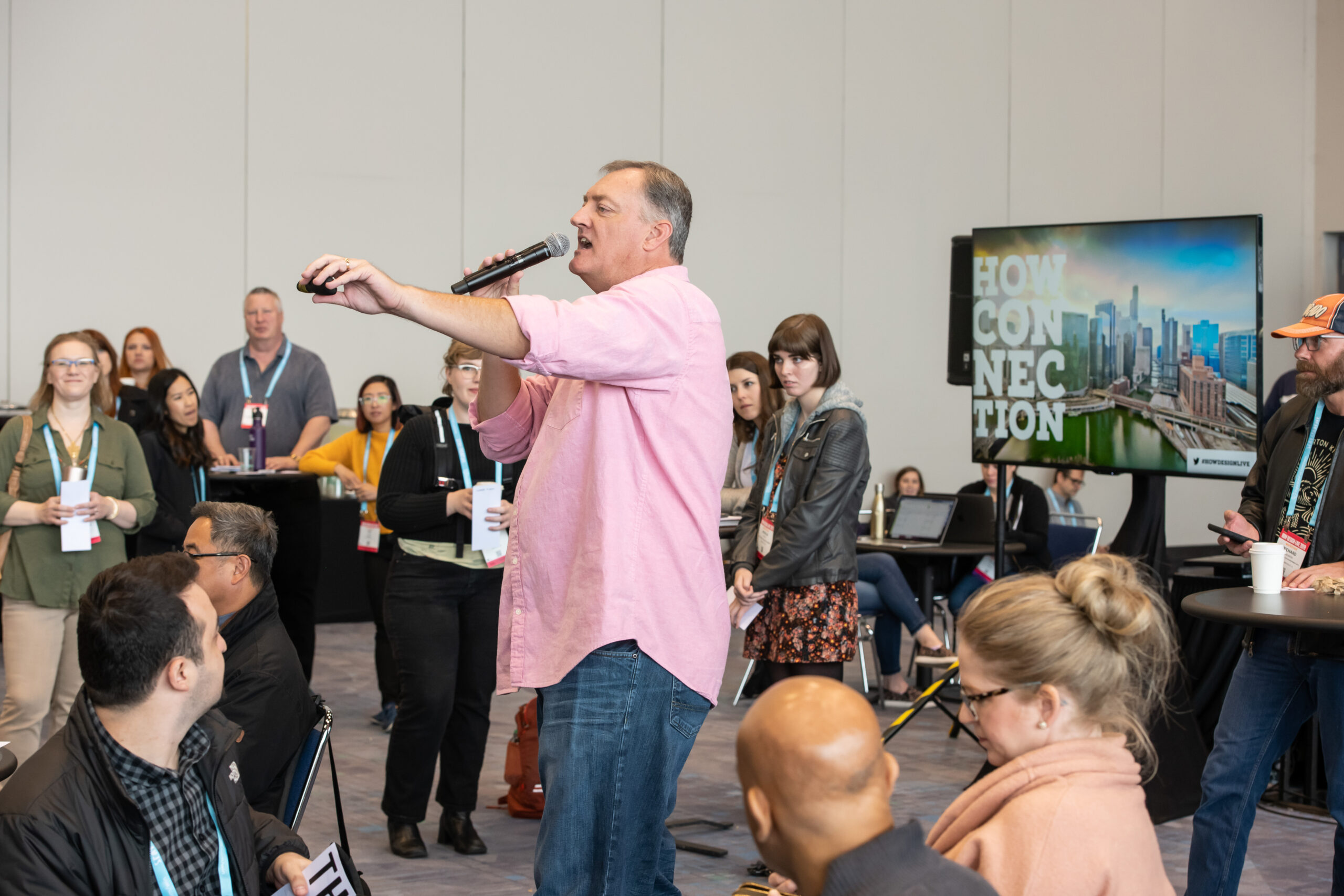 These ruts fall into the category of ‘things you always dream about doing … but never actually get around to.’ That could take the form of getting better at some element of your job, or changing something up and improving an element of your life. One fix: Bust the rut with goals and new quests.

In his personal journey, Mumaw took a guitar class and, at the advice of his mentor, an improv class. The key here is to expand beyond design into another realm of the creative arts.

“It enacts another part of your brain and gets you thinking about something else over the course of time,” Mumaw said.

And here we get to the traditional, more daunting (and dreaded) ruts.

You can identify them by a malaise that impacts one’s work; unhappiness; often, depression.

There are different ways to begin to work the problem. One such: Exercise. Get moving. As Mumaw noted, repetitive behavior tends to be extremely static, and in addition to the physical benefits of exercise, it allows you to see the results of positive change over time. If you already exercise, mix up your routine; if you don’t exercise, give it a go.

Another strategy: Unplug, especially from social media, which tends to knock you down little by little. Start with avoiding phones during a meal. Level up to an entire day of the week. As Mumaw said, it’s uncomfortable at first—but you eventually find your creative mojo returning.

“All of these things may seem like common sense to you,” he concluded. “But remember: They’re designed for one thing: Action.”
Take the steps.

(And if you’re ready to take the next step in your freelance life, don’t miss the HOW Design Creative Freelance summit!)