Women to Watch in Graphic Design

A hand-picked selection of five female emerging talents in the graphic design world, doing exciting work in their fields. Follow them, commission them, or at the very least sit back and watch them soar by Renée Elizabeth Clarke

The five women featured here are incredible designers doing incredible work. They represent multi-disciplinary, inclusive approaches to design. They occupy the spectrum of what it means to be emerging in one’s career. While preparing for this, I reached out to other designers, notably the very ace, Sarah Boris, to ask whose name came up for them as “emerging females” and over half couldn’t name one emerging female (not Sarah, she generously wrote me a list). My heart crumpled further when I read on a few women’s portfolio sites that they had not been featured in the press since their last feature in a 2021 Women’s Day article. We must all do better. 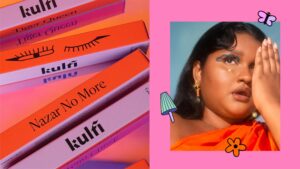 Badal Patel, a HOW Design 2020 virtual speaker, put in her time climbing the studio chutes and ladders before breaking off to front a one-woman powerhouse outfit. Though she grew up thinking she would be a scientist, thank goddess she became a designer, realising that “being a designer would allow me to solve problems in a visual way”. Specializing in branding, she took on a massive project in 2020 as lead designer for Kulfi beauty, a South Asian-focused beauty brand which champions wearers to define beauty by what’s on the inside and ignore external gaze. Kulfi is the brand she wished was around when she was growing up, committed to representation in a way she never knew, which is now part of her core ethics. Her portfolio includes a range of print and digital work, campaign, copywriting, photography, and her own wedding stationery studio called ādara. 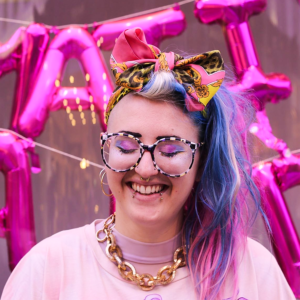 Sarah Joy Ford works at the intersection of quilting, digital embroidery, graphic design, applique and hand embellishment, “working with textiles to explore the complexities and pleasures of queer communities, histories and archives”. Her skills come together to create work that simultaneously redefines scholarly effort and art. And it’s fun, really fun to look at and take in and get supercharged from. Her art reminds us that graphic design can be just another tool used along the way to the main event and doesn’t have to be the end stop. Sarah is currently a PhD student at the University of Manchester and I cannot wait to see what she does after graduation. 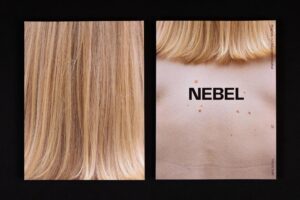 Finishing her BA just last year, Vivian Dehning has already founded a feminist magazine, Nebel, and released a swash-heavy, high-functioning and personable typeface, Super Tramp. Before that she provided art direction and design for Brasilia and held several coveted design internships. Vivian’s projects are executed with precision and clear messages of social justice. If you’re looking to use Super Tramp and are a student or creating a project related to social, animal or climate justice, Vivian is offering 80 per cent off the licensing fee. What can’t she do? 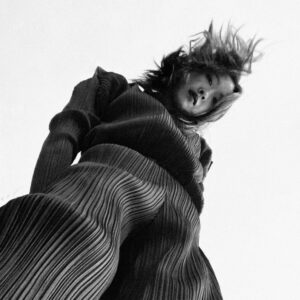 Alyssia Lou shouted new life into the Guerilla Girls text in 2019 for Idea Japan. She is a French art di­rec­tor and designer with a special ability to be understated, loud, and lightyears-ahead-future-forward. She recently finished a stint as art director of the effervescent 032C fashion magazine in Berlin and has previously worked on a range of projects spanning art, fashion, editorial and print. Alyssia has said that the book design of Jomohomo with Åbäke about the artist Ingrid Hora, published by Dent-de-Leone, set the paradigm for how she works and her taste. 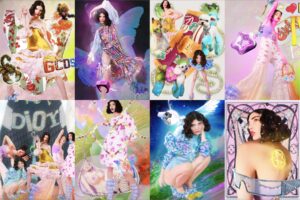 After working as the art director of Helmut Agency and digital director of Vogue Paris, Lysa has opened her own studio. She is a photographer, videographer, designer, color whisperer. Fashion is her venom. Lysa’s work is unexpected, appealing, and somehow rogue. Her taste in mixing textures, a sugar-grit aesthetic, and metallic type is unparalleled. At only 30, she is moving expertly through her career, leaving a wake of important work.